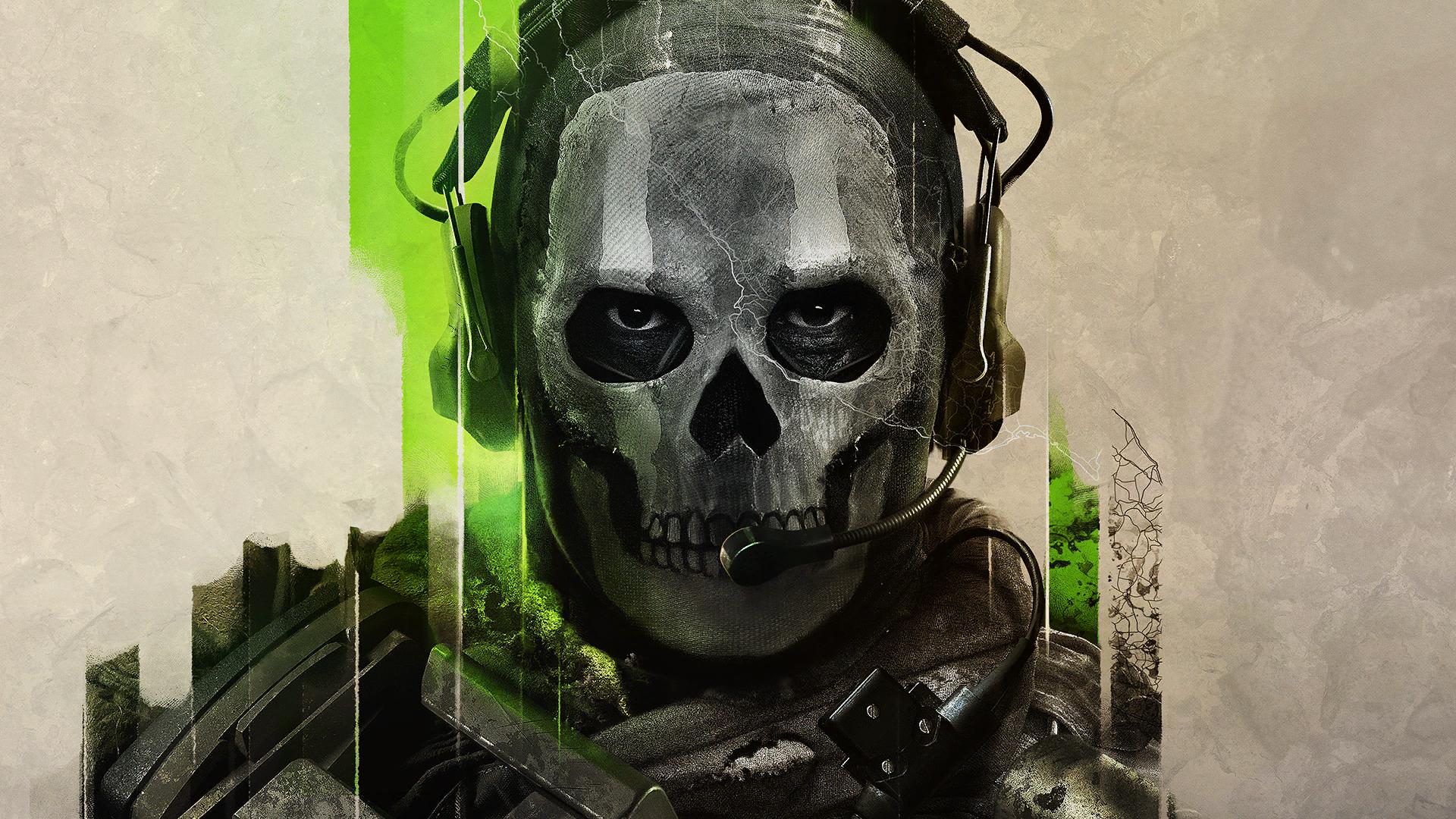 I have reviewed Call of Duty: Modern Warfare. I have gotten my hands on impression of the Call of Duty: Modern Warfare II Multiplayer Open Beta. I’ve delayed this review for a month now. There’s a legitimate reason for it, and I’ll explain it as this review gets underway. Full disclosure before we get started. The copy I picked up was for the PlayStation 4, and I was playing on the base PlayStation 4. Not the PlayStation 4 Pro. My copy this time, is the $70 Cross Gen Bundle. A Cross Gen Bundle includes the full Modern Warfare II disc, and a redeemable code for PlayStation 5. There is no noticeable differences between PlayStation 4, and Xbox One. And likewise for PlayStation 5, and Xbox Series S/X except for the marketable haptic feedback, 3D audio, and the SSD texture streaming.

In this review, we’re going to talk about how the game plays. I will only talk about campaign for a little bit, without spoiling too much for you. The campaign is short, but memorable if you just enjoy the game itself.

I was trying to play the Single Player campaign, but the game has some issues. For the most part, the game is playable, some of the missions are even forgettable, too. It was fun to do some missions that you’d normally do in multiplayer. 2 missions are exactly this. The first mission felt like a page out of “Top Gun Maverick” with the missile being controlled. 2nd mission felt like a mission from the original Modern Warfare 2, but they took it up to 10 with the mini-favelas. My biggest issue is with the “Alone” mission. I like the mission, because it is basically a sneaking mission. A bit confusing, but once you learn the routes, you can get out of “Alone” easily.

I’ll give “Alone” credit before I start talking about the issues: Alone has the most beautiful night graphics in a video game thus far. I can see almost anything in the mission, except where the designers intended for it to be brutally dark. My problem is the game crashes at the point where you are about 5 meters away from meeting Ghost. The whole point of “Alone” is to sneak past the sentries to meet Ghost. The problem is, that there is a section of the game that actually crashes. When you reach the section where the river leads to the sewers, and you come out of it to meet Ghost – that’s when the game starts to crash. Some folks couldn’t even load it from the mission’s beginning. It took me a few weeks before I was able to force the load. I don’t know what happened, but I finally did it. Here is a video showing the crash…

The first time I reached it, it was fine. The second time it froze. The third time, it hard crashed. After that, I took a break, and tried to load the game after many updates that went through the actual game. I honestly don’t know how it got solved, but it did. That‘s why the review was delayed. It was after this mission I was able to finish the game. 2 action missions, 2 sneaking missions, and the game comes to a close. The game plays it a bit safe with the missions.

Also, my second biggest issue with the Single Player mode is the mission where you’re jumping from vehicle to vehicle. Okay, I get what they’re going for with the mission. Having a challenging “boss,” but the issue is that the controls are clunky for the mission. Whoever designed this mission; please never design a complicated mission again. I’m not saying it’s complicated, I mean, complicated from a developer standpoint, because the person – obviously can’t polish the controls enough to make it easy on the player. I swear to god, I raged at the game so many times because of the cheap deaths. It takes 1 to 5 seconds before your player character latches onto the vehicle. You can even die for the most stupidest things. You jump, and latch on, but the code thinks you’re not latching on. It’s not responsive enough.

And then, there’s this kinda glitch…

I am trying to keep this spoiler-free, so apologies for keeping it vague. Like I said before: I finished Modern Warfare II, and it has a bittersweet ending that leaves you on a cliffhanger. It’s not a surprising ending, because while the game is not a full-on sequel to the original trilogy, it’s a reimagining of Modern Warfare. So, the ending is bittersweet, also not surprising…

From here on out, I will review the game, but I will mix my opinions around between Single Player, and Multiplayer.

In the Multiplayer Beta, the game felt smoother. But on the second week of the beta, the game got worse, the graphics would flicker, it would pop in textures out of nowhere. It felt like Infinity Ward or Activision would dial the cross-play to work lesser than. I don’t know how to explain it unless I am a developer, which I am not. Once the game was released, this got worse, and worse.

When you aim your gun, and shoot your gun, the bullets moves to the target no problem, but when it hits the player, half of your bullets don’t register and sometimes gives you a hitmarker. Your movement is staggered sometimes, and your connection to the server is lagging behind or moving forward depending on the algorithm. My internet connection is pretty good, and the game still lags. Modern Warfare (2019) was lax with the SBMM system. It was turned on, but we were not lagging nearly as much.

Relying on the killcam doesn’t help, either. Your screen will show frame skipping during the game, but on the killcam, it shows the player is playing “legit.” That’s my experience with multiplayer at the time of this writing (11/30/2022).

The story campaign is more-or-less easy. And it depends on which difficulty you selected at option menu when you first load the game. On the Multiplayer side of the game, the difficulty of the game is based around SBMM. A lot of people are frustrated with Infinity Ward and Activision for good reason. The SBMM system in place has been getting worse and worse as each Call of Duty title released. And it’s not going to get any better, because Activision secretly claims that SBMM is indirectly, or directly making profits for Activision. The game punishes you for playing well. I’m not what you consider a “bad player.” I’m what you call an average Call of Duty player. In Call of Duty: Modern Warfare (2019), my best game was the coveted 25 killstreak (killing 25 opponents without dying) which rewards you with a Juggernaut…

[Strong Language Warning towards the end of the match. You have been warned.]

The game encourages, and wants you to play “worse.” They want “safe spaces” for Call of Duty newbies. This is a conspiracy theory to Activision, but many players are feeling the effects of the SBMM system available in Modern Warfare II. So, it’s not just me who is feeling this way. As a marketing person, I would scrap SBMM. The whole point of Call of Duty is to reach the casuals, and they did since 2007 when CoD4: Modern Warfare was released. That’s $7 Billion collected over the years. By the time that Microsoft completes the acquisition of Activision Blizzard, that number is gonna break $10 Billion. So, by having a strong SBMM, they’re losing casuals in droves. If it hasn’t already happened, it’s gonna happen eventually.

My issue with Call of Duty: Modern Warfare’s controls is responsiveness as it sits today. Not yesterday, as I said. When it comes to switching weapons, pulling out equipment, the responsiveness takes a nose-dive. I’ve been playing Call of Duty since CoD4, and I miss that responsive control. Just click, and it just performs an animation, with no delay. My god. Why is it so hard for today’s developers to just stick to what is known!?

I spoke about this with that “Alone” stage, the game is beautiful. I’m on PlayStation 4, and the game is so beautiful, it almost looks like a movie. You’d think that PlayStation 5 would’ve been the console to pull it off, but PlayStation 4 did it. It comes at a risk; the game requires at least 80 gigs free for Single Player. It comes in two parts. If you were part of the Early Access Campaign window, you got two separate downloads; Campaign Pack 1, and Campaign Pack 2. The other risk, is taxing the console itself. If you have the disc, and you’re running Modern Warfare II, that fan is going to whirr loudly. Because, technically, PlayStation 4 can’t stream textures from the hardware itself as easily as PlayStation 5. It really depends on what hard drive you have in your console. Modern Warfare II and God of War Ragnarok are gonna be the swan songs of PlayStation 4 before they move onto PlayStation 5/Xbox Series X as the main platforms for games in general. These console(s) are showing their age.

As beautiful as Call of Duty: Modern Warfare II is, there are glitches all over the place. I mentioned flickering, frame drops, texture drop-in, and now I will mention new ones. Character collusion is a problem in Modern Warfare II, item collusion… you name it. There’s a weird glitch in night missions, too. Take a look at this image…

Lens Glare, lights come out of nowhere. I mean, look at that lens glare, it’s moving in places that don’t make sense. It’s not just the lens glare, it’s also the lights. I’ve seen lights right in front of backgrounds that make no sense, as shown here.

This is not a section in the review, but there’s controversy surrounding the UI, the menus, and whatnot. I’d like to address this in this review, because I do have grievances with the UI, and usability. When you load up Call of Duty: Modern Warfare II, you are treated to a nice looking, full-screened “Message of the Day.” It brings focus to the “announcements,” that the developers want to bring attention to. But when you get to the loading screen, it’s a convoluted mess. You have two boxes, they’re collapsible, but when your “lobby” comes up – and by lobby, I don’t mean the background. I mean the actual lobby – where the players sit. It overlaps the other two boxes. Why not put it on the right side where the CoD HQ would “overlap”? I like the CoD HQ (Call of Duty Headquarters) menu, you’ve got all the essentials there. That was a great move.

What I have a problem with, is EVERYTHING else. For example, the friends menu is great in some respects. The general function of the friends list is good, but WHY is the “listing” horizontal, and like a phone app? I think that Modern Warfare II should really do what they did in Black Ops 3 and 4, by having a vertical listing, with the usernames having backgrounds. I mean I like having avatars and calling cards show when selecting players… but why horizontal? Sigh.

Usually, the Call of Duty: Black Ops games have the best audio in the Activision consortium of companies. Call of Duty: Modern Warfare had some nice sound design, but I must say, that Modern Warfare II has louder, punchier, and clean sound design. The music is not that far-off in the quality department, either. In fact, it has some of the best music in Call of Duty thus far. I don’t think you can top Hans Zimmer music, but close enough. Especially near, and/or around boss battles.