Hands On with the Call of Duty: Modern Warfare II Open Beta ﻿| ﻿﻿DestroyRepeat

Home / Hands On with the Call of Duty: Modern Warfare II Open Beta 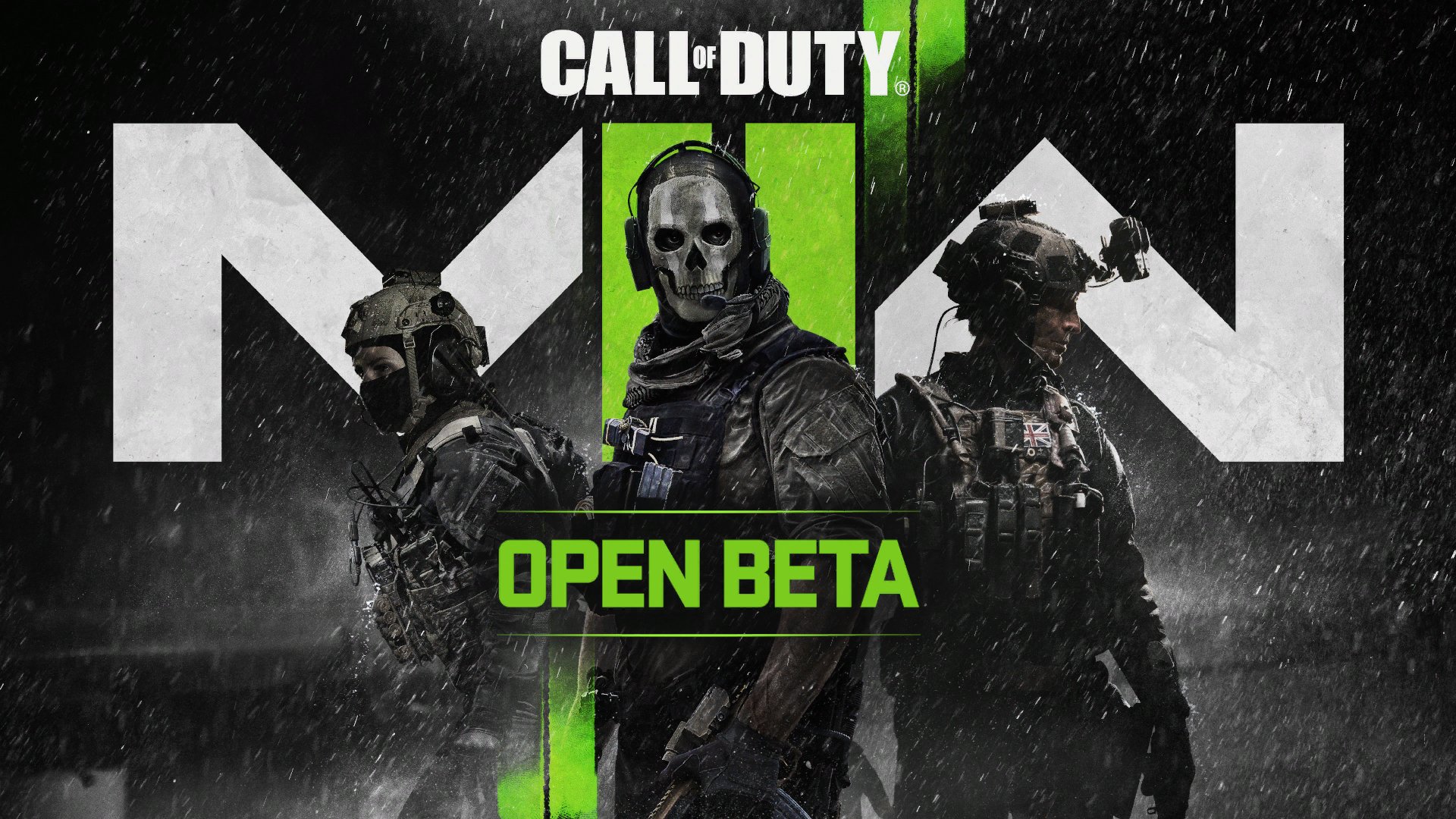 Hands On with the Call of Duty: Modern Warfare II Open Beta

Many of the ideas presented in Modern Warfare (2019) are still present. You still have “operators.” There are some new innovations, however. For example: Weapons in Modern Warfare II aren’t actually “weapons,” anymore. They are now “platforms” with “receivers” to apply attachments, upgrades, and modifications.

I’ve explained Weapon “Platforms” in a separate article. Is Gunsmith gone? Yes, and no. Yes, Gunsmith is still a thing, but the way it works is different. Going forward, your weapons are known as a platform. What’s a platform? Take a look at this image…

The center, with the trigger? That’s your weapon platform. That’s the base of which you modify your platform to interchange “receivers.” I call them modifications. You can also make the case of calling them attachments, but that’s for miniscule receivers. Overall, Gunsmith has been revamped to give you (the player) freedom to modify the platform to your liking. Along with this revamp, the progression system has also changed. In the Multiplayer Beta that went on in two weekends, most of this is silo’ed off. Most of it is locked, and not interchangeable. However, Infinity Ward allowed the M4 platform to be progressed during the Beta. I used that for the majority of the beta, because I think, that’s what they want you do to – to understand – to wrap your head around the idea of weapon progression within the platform.

If you played Call of Duty: Modern Warfare (2019), then you know exactly what to expect with Call of Duty: Modern Warfare II. Although, there are some gameplay differences. They are small, but incremental ideas that make the whole game feel a bit different. Your perks are no longer “perks,” they are now “timed perks,” and they upgrade after a period of time. It was quite long in the first weekend, but the second weekend, they sped it up. Tacticals has been expanded with some innovations. Two equipments are getting some love in the beta: Drill Charge, and Shock Stick. Drill Charge will take some time to understand how to use – it works like a grenade, but the mechanic needs understanding. The whole point of the drill charge is to explode on the other side of the “wall” you’ve stuck it to. If you throw it at a wall, whether it be upwards, sideways, downwards, or ON the enemy. The idea is to explode the weapon on the other side of the wall. You throw it, and it detonates an explosion on the other side of that drill. And the Shock Stick works like many incendiary grenade(s) in Modern Warfare II: It sticks to the player or object, anyone in the vicinity of that shock will be – pardon the pun, but “shocked.” In that shock, you are disoriented, and you will shoot the weapon aimlessly if you’re already shooting.

Field Upgrades are back, but with a vengeance. There are a few new field upgrades in the beta, but the big one is Tactical Camera. There’s DDOS, but we’ve had it in a different form: The “hack” device from Black Ops 4 or 3. I forget which one, but that’s been done. However, the difference is, it has different “usage” for it. It’s actually a counter for Tactical Camera. We’ve had “Tactical Camera” in some Black Ops games, but there’s some interesting player interactions in Tactical Camera. You can move the iris of the camera, and tag the location for your team. You can also tag your enemies to the team. It also tells you where the camera was stuck to.

I’ll make one note of the Killstreaks: It’s a downgrade from older Call of Duty games. This is the most frustrating part of the beta. I’m sorry, but unless someone at Infinity Ward fixes this or these issues… I’ll just be discouraged from using killstreaks. The Cruise Missiles in Modern Warfare II is a step backwards from the original Modern Warfare 2 (from 2009!). Controlling it feels weird. Like, stop restricting my movements, bro! I meant to move the missile to the left, or the right… LET ME DO IT! Damn. It feels stifled. I meant to move over there, but then, it doesn’t want me to! Whose design decision was that!? And why isn’t my air killstreaks moving around the maps like previous games!? Whose decision is that one?

Perhaps my favorite part of the beta is the tight controls. I’ve now ignored EVERYTHING else in Modern Warfare II, and zero’ed into the controls. I play on PS4, and it feels tight. In the first weekend of the beta, the controls felt like home for me. My issue is the ADS (Aim-Down-Sights) time. It’s similar to Modern Warfare 2019. The animation to ADS feels a little slower, and a little faster. To bring the iron sights into your camera is fast, but to AIM the weapons, it feels like two steps forward, one step backwards. I don’t know if this is my weapon choice, or what, but that’s how I feel so far. Despite that, it is TIGHT.

Photos, images, videos do not do the game justice. I also say, that Modern Warfare II pushed PlayStation 4 to maximum. PlayStation 4/Xbox One cannot handle “streaming the textures” as efficiently as the PlayStation 5 or Xbox Series consoles. If I am seeing this in beta, then I guess the full game will start to show the consoles’ age.

The game was running smoothly during the first week of the beta. On the second week of the beta, flickering was all over the place. I mean, I didn’t actually notice the flickering in the first week, there was small portion of flickering, but the second weekend? It reared its ugly head. So ugly, you’ll see it on every death, every respawn. Many players across all devices (I’m trying to distinguish “platforms” with devices) has seen this in many places. Especially on PC.

But, despite all that, the game looks really good in some places. They actually heard the complaints of players that Modern Warfare 2019 blended characters into the backgrounds and players couldn’t see completely. There are some issues with visibility. For example, “nameplates” can be overridden in some places. When dots are present, it’s telling you that your comrades are there, however, there are times when enemies are behind that player, and you die, anyway.

I have zero complaints with graphics besides the stupid grains (there’s options for it, but still… what the…?), the flickering, the glitches, and oddities.

For the most part, especially the first weekend of the beta, online connectivity was pretty good. I faced some hard crashes, but I managed to come back to the game and get going. Loading and logging into the game is twice as long as it was in the first game. It’s like they haven’t learned a damn thing from the first game. I came across some issues with online connectivity over the course of late weekend one, into early weekend two, into mid weekend two. Sometimes I see errors. Despite all those issues, I see that the game’s online connectivity has gotten a little smoother than Modern Warfare 2019. However, I do not like the disbanded lobbies, especially when I am playing with a group of friends.

The sounds are punchier than previous games in the series. One issue: Footsteps are too loud. I can’t distinguish MY footsteps, against my enemies’ footsteps. When I use a silencer in Call of Duty games, I am intending for ME to stay off the radar, and stay out of sound whoring player peripherals. Quit trying to please campers into thinking of countering me with loud footsteps. When I have silencer, I EXPECT TO BE SILENT TO OTHERS. Dead Silence shouldn’t tell other people where you are. It’s “silence” for a reason.

I also do not like the friends list. I get that the game wants to display the characteristics of a player, but it’s clunky. I like the vertical listing of players. I don’t like the horizontal view of players. I like some User Interface locations, like pressing “options” brings up the player options. Some don’t like it, but I do. It brings a sense of uniformity. Consistency. My issue is the “hulu” design in some places. (Note: The designer of Hulu’s app is responsible for most of the User Interface in Modern Warfare.) Not everything needs to be Hulu, or Netflix. The weapons selection screen is quite nice, the mode select with the background is quite nice, the pause screen (or the tabbed screen) is quite nice, but… why is the friends list horizontal rather than the old style of listing?? I do like the options menu once you click a player. Leave THAT alone. It’s the list that irritates me. Many players have this issue. It’s not just me.

To be quite honest? Replay value depends on the match itself. The issue, and this is a long-standing issue since before Modern Warfare 2019. Skill-Based Matchmaking (SBMM for short) hurts not just solo players, groups, and everything in between. I play solo for the majority of the beta, was able to get some good wins, and some losses. But when I am grouped with my friends who are a little higher than me, and especially when they are on PC, the enemies are based on the skill of the players next to me. SBMM needs to go. It turns group games into a sweat fest. Solo games are at a lesser extent, but SBMM screws up casual gaming whether grouped or solo.

Modern Warfare II is actually a fun game if you just remove the SBMM. And SBMM is getting stronger with each release of a new Call of Duty title. Quit it.