Black Ops 2 is the follow-up to 2010’s Black Ops, ushering in a near future setting new toCall of Duty for both its campaign and multiplayer.

The multiplayer offering brings the usual set of changes – new weapons, perks, streak rewards and maps – but Treyarch isn’t resting on its laurels when it comes to customisation and features.

It’s throwing out the ‘sacred cows’ of the franchise – making radical changes to Create a Class and the Prestige system – and piling on features elsewhere to create what could be the most ambitiousCall of Duty title yet. 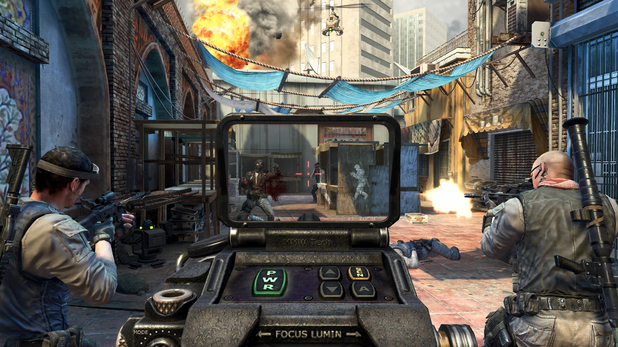 Arguably the biggest change to multiplayer is the way Create a Class works. Dubbed the ‘Pick Ten’ system, players can allocate ten items – whether that’s weapons, grenades and perks – at any one time.

It means that you can discard things you don’t need and add things you actually enjoy. Don’t ever use the secondary grenade? Then you can put the point into an extra perk.

Another element is Wildcards, essentially rule breakers that allow things that wouldn’t have been possible usually. One such example is the ‘Greed’ Wildcard, allowing you to pick two perks from the same category.

These two features combined provides the most customisable load-outs yet, and we anticipate some very interesting results on the battlefield. 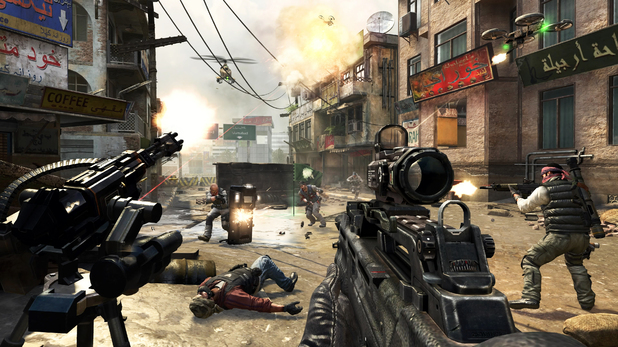 A new approach to Prestiging and weapon unlocks

The fan-favourite prestige system will have a few significant tweaks. Previously, unlocking all ranks and hitting Prestige would wipe everything and simply gave you a new emblem to show for it.

In Black Ops 2, your unlocks and challenge progress is kept for the next Prestige level, ensuring that players keep moving forward and discovering new content.

Elsewhere, a Call of Duty staple is to change how weapon unlocks work in each new release. Here you’re given an Unlock Token after every level, granting you access to new content. Level-gating is still there – so the more unique stuff still requires higher ranks – but Tokens give you the choice of what you want to unlock first out of the selection you have.

Interestingly, there are more items to unlock than levels, meaning that several Prestiges are required to see everything on offer.

Finally, Prestige Tokens make a return. As well as unlocking new custom classes, it allows you to reset various elements. if you aren’t happy with your unlock path, you can return all your Unlock Tokens to start over and ‘respec’. And if you really want to continue wiping out all your stats when you Prestige, you can do that too. 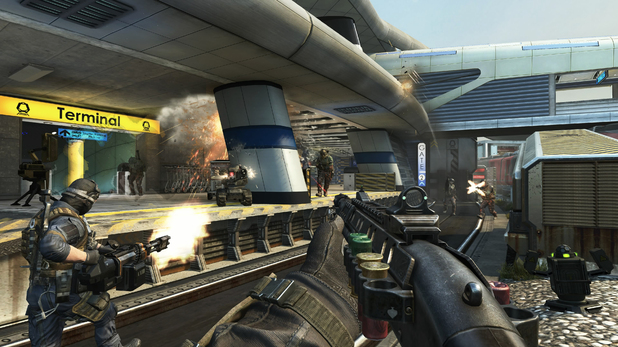 Bringing eSports to the masses

The world of eSports is something the world of PC games – such as StarCraft 2 and League of Legends – has heavily embraced, and Treyarch is offering the tools to make it happen for Call of Duty – even on consoles.

Players are able to livestream their performance for others to see. While details on where exactly you’ll be able to watch the streams are unknown – Activision is currently in talks with all the big providers – the likes of PCs and tablets should be a sure thing.

A picture-in-picture mode lets you choose a particular person in a match to follow, with stats adorning the screen around the outside to help track performances in finer details.

You’re also able to listen in on their team chatter, and there’s even the ability to provide and listen in on commentary.

Elsewhere, rankings will now be seriously embraced in Call of Duty, narrowing players down into leagues based on their previous month’s performances.

Both this and effortless livestreaming are two ways of helping democratise the intimidating eSports scene to a larger audience. 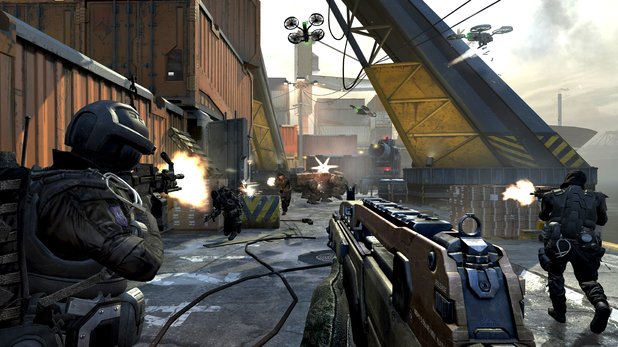 When it comes to modes, all your favourites are there – Team Deathmatch, Domination, Capture the Flag – plus there’s a few extra surprises.

As well as the return of Modern Warfare 3‘s Kill Confirmed, Black Ops 2 introduces Hard Point, which has players capture and defend points in a King of the Hill-style mode.

Matches can also be played with multiple teams – so three players versus three, or four versus four – making objective-based matches more contested than ever before.

Party games see the return of Gun Game, One in the Chamber, Sharpshooter and Sticks & Stones, and best of all, each one will provide you with experience for the first time. 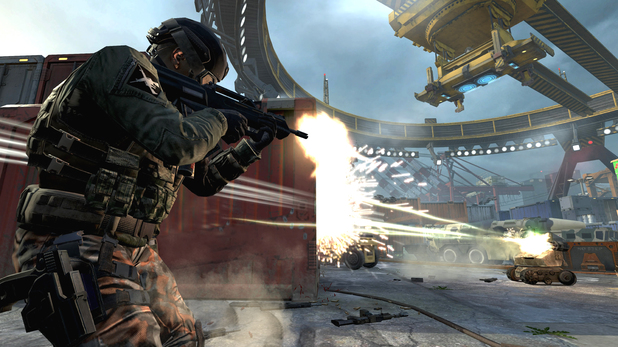 Meanwhile, Combat Training is now part of the core online offering, and helps introduce players into multiplayer better than before.

Up to level 10, Bootcamp pits three humans with three bots on each team, letting them earn experience while learning map layouts and which unlocks worth for them.

From there, you can have the same mix of real and artificial players on objective matches – but you’ll earn half the experience – and for the experienced players, Bot Stomp pits humans against the computer at different difficulties to allow players to experiment with new strategies.

Elsewhere, Custom Games allows you to throw away the rules for your own unique game types. You can set rules on custom classes, such as restricting content (instead of Pick Ten, how about Pick Three? Or Pick 17?) and do the same with matches and modes, too. 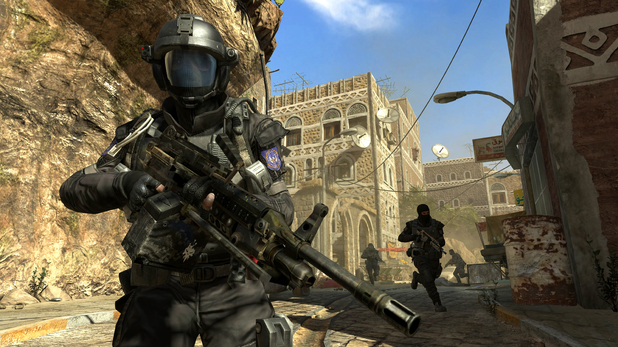 The fan-favourite Emblems feature is bigger than before. You can now create images with up to 32 layers, making use of over 150 shapes unlocked through completing challenges.

Then there are lots of little extra tools to help make editing easier; from RPG colour mixing and transparency effects, to copy and pasting, rotating and moving and scaling items.

However, the most impressive feature is letting the game create a highlights reel for you. Using a scoring system for each kill and action, the game will automatically put together your best bits in one video, letting you show off a strong performance with no effort at all.