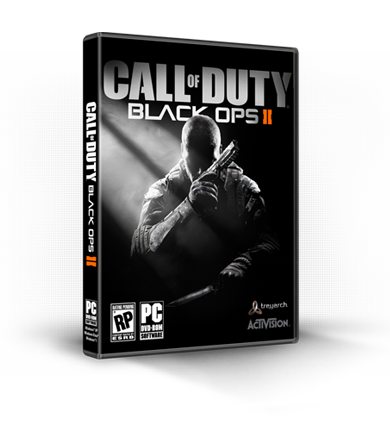 Since the reveal trailer of Call of Duty Black Ops 2, much of the story has been kept in the dark. What we knew, was that you will be thrust into a civil war between China, and United States on the streets of Los Angeles. But what about the plot? What is Black Ops 2 all about? Activision released a new trailer to give you an idea of what to expect from Black Ops 2. Meet the man that stole the keys in Call of Duty. Unlocking an Armageddon on satellites all around the world.

Here’s what we know so far; we know that “The Future is Black.” is the major theme of the entire game. There are blackouts all over the world in Black Ops 2. It’s been hinted at for a while now, by experts that this is the reality that’s going to happen at some point. See for yourself…

This video was released a few months ago, and I have been waiting for the right time to use it. This is it.

Other stuff found in the trailer are:

– Adrenaline pushing storyline is the theme.
– Cordis Die is the enemy faction in Black Ops 2, the country of origin that started this international war is Nicaragua.
– Raul Menendez is the leader of Cordis Die, apparently.
– Cordis Die is hailed as the messiah of the 99%.
– David S. Goyer the co-writer of the upcoming Batman movie titled “The Dark Knight Rises” is doing the story in Call of Duty: Black Ops 2.
– Trent Reznor, the award winning composer is doing the musical score in Black Ops 2.
– Woods looks like he’s moping around and sinking in his sorrows of some kind of calamity in his life.
– One of the major “turning points” in the game is going to take place in the Vault, when someone pays a visit to Sgt. Woods.
– Pre-Order Black Ops 2 today, and get the NukeTown Bonus DLC Map.