First things first, this is what you’ll see when you finally get your hands on it this November: 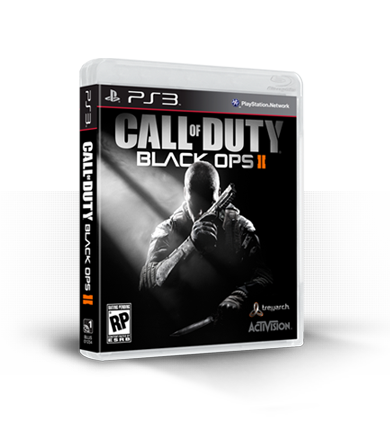 Great! What do we know so far!?
The first killstreak was revealed to be a Quadrotor. FPSRussia did a video to show off a prototype Quadrotor, which isn’t on the market until at least 10 to 20 years from now. What it does and how it controls are viewable below…

Before the game was revealed on live TV, websites got ahold of in-game images of the Quadrotor. Here they are: Black Ops 2 screenshot 1 and screenshot 2.

The game’s setting is obviously in the future. The game takes place in 2025, a 21st century Cold War has erupted. Black Ops 2 thursts you into a new world where technology and weapons creates a new generation of warfare. Black Ops 2 has robotic tanks that are now a heavy focus. [Image] Most likely to be one of Black Ops 2’s killstreaks. That’s not all, there are a lot of futuristic aircrafts shown in this reveal trailer. One of the scenes shows an interface where you’re actually inside the aircraft. It’s possibly another killstreak. Enjoy the trailer…

What locations have been revealed?

– Zombies will make a return in Black Ops 2, but we have no idea which period it’s going to take place.
– Treyarch is being really ambitious with Zombies. There will be more zombies, and more modes.
– Zombies will be strapped onto the multiplayer engine.

We’ll have more soon. Activision is holding an investor call next tuesday, May 9th.

Carlos Morales
Terrific paintings! That is the kind of info that should be shared across the net. Shame on Google for not positioning this post higher! Come on over and discuss with my website . Thanks =)