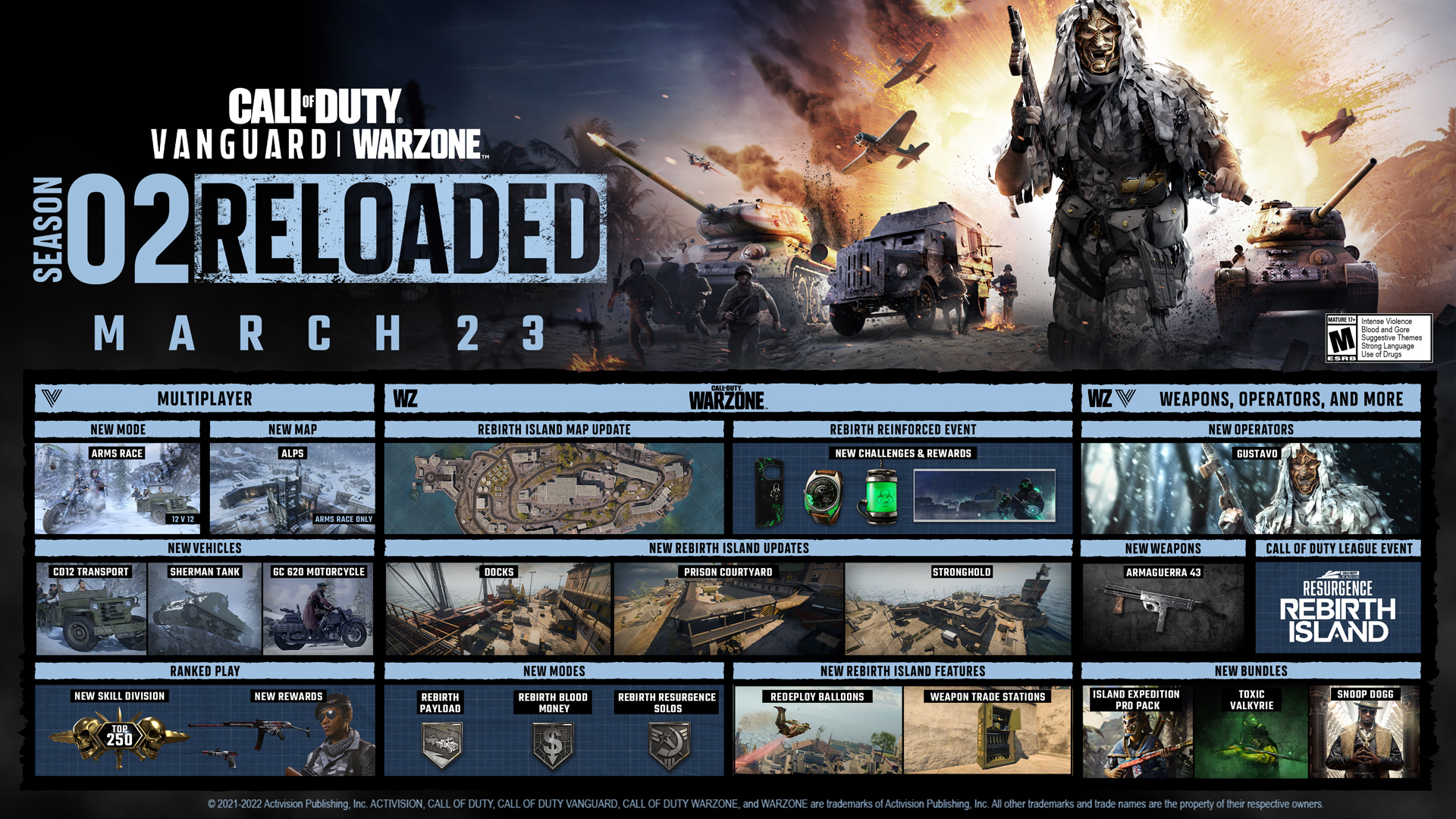 Season Two Reloaded for Call of Duty: Vanguard and Warzone is set to reinforce the fight. From a new mode featuring vehicular combat to Rebirth Island’s biggest update since its launch, Operators may need to call for backup even with all of Task Force Yeti on the scene… and as the smoke clears, you may even find the OG known for going under “deep cover” Snoop Dogg.

The action will begin in both games following two updates: one for Vanguard at 9 AM PT on March 22, and one for Warzone at 9 AM PT March 23.

Here is the gameplay trailer for Call of Duty: Vanguard and Warzone’s Season Two Reloaded…