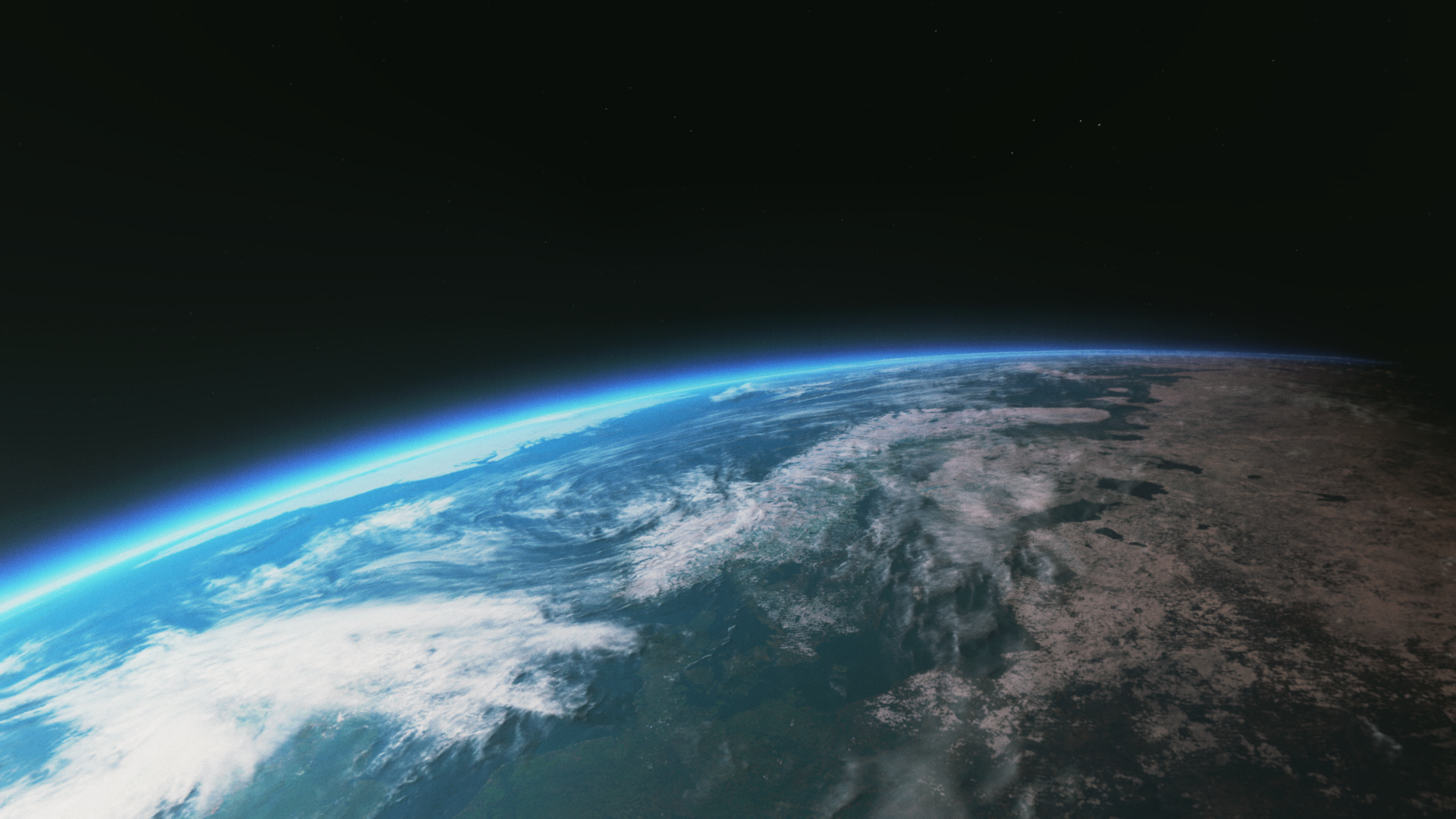 For those of you who don’t know who Bobby Kotick is, he’s the current Chief Executive Officer (C.E.O.) of Activision Blizzard, Activision, Inc., and co-founder of Call of Duty Endowment (C.O.D.E.) Kotick became C.E.O. in 1991, grew the company from a scrappy startup to a company that sold over 300 Million copies of Video Games. If you know Call of Duty, then at least one of your friends know what Call of Duty is. That’s how iconic Activision and Call of Duty is. He has been embroiled into several allegations over the last year now. Hell, this year’s Call of Duty reveal was so weird, the Activision logo was removed. That was a Public Relations move.

If you can’t stomach the subject, or any of it at all. Just leave. Okay? Leave. I don’t care. Because the controversy is going from journalists, to YouTubers, to Social Justice Warriors (SJW’s). I will try to make this as simple as I can, but it’s complicated. If you can’t handle listening for a second to my take, or if you want to be angry just to throw a dart at the wall to see what sticks. Once again: LEAVE. Press the “x” button on your browser and just leave.

Now, with that out of the way….

There was a complaint by a group of women accusing Bobby Kotick of sexual misconduct, including sexual harassments, sexual discrimination (pregnancy), and employee retaliation. These are real cases, but I believe that this is a “me too” for Activision. Activision has been and was already in several lawsuits with SEC, the labor community, and whatnot. This is unprecedented because Cyberpunk 2077’s removal from PlayStation Store was huge, but this is another level. Both PlayStation, and Xbox responded to the lawsuit(s) and allegations.

The following links are recent. I’m just gonna go with recent articles, since this has been going on for over 2 years now.

Bear with me, all of it ties together. All these stories link to the following stories that makes this a sham.

Furthermore, Kotick knew for years about the allegations, but failed to address it until now. Activision’s Investor Relations team updated their page to send a message about the article about the abuse. The backlash reached PlayStation so far, that they (ahem; I mean, Jim Ryan) criticized Bobby for the slow response. Shareholders followed suit by requesting that Bobby resign. It caused a rift between staff at Activision. The old board of directors are friends of Bobby.

This triggered a walkout by Activision employees and caused a media storm. I’m not going to post twitter links, or whatnot to help along this story, because Twitter is an echochamber only to one side of the aisle. You’ll understand what I mean in a moment.

In a response to the allegations, Bobby wrote a public “memo” of sorts to employees. Additionally, Bobby said that he’d consider resigning. And that he’d try to solve the cultural issues. Many people are scratching their heads and asking “What cultural issues?” Well. That‘s what this article is about.

We are in a Cold War

I know that seems ironic since we just had a Call of Duty title with “Cold War” slapped on top of it, but WE ARE. Just so we’re on the same page, let’s define what a “Cold War” is. A cold war is defined as…

Let’s step backwards a bit here: We just had a pandemic (COVID19), and we’re still in that pandemic. However, in that pandemic, we had riots that was sparked from George Floyd. The thing is, in this riot, we had at least 4 different cultural factions: BLM the organization, ANTIFA the autonomous organization, SJW, obviously Police, liberals, conservatives, and so on. I can’t even keep track, but we’re in a ideological battle in the United States that is being used by China and George Soros.

Politics is going to be involved here, so I’m just gonna lay it out in front of you: Donald Trump called China out, called Socialism out. Trump was trying to manage the country the best he could with the powers and support he had, which is few and in between because of the political back and forth between party lines. Democrats are currently corrupted with ideas of going to the left, and Socialism. Republicans aren’t getting off that easy, either: There are Republican In Name Only (RINO), but this is because George Soros and China are buying their votes for their own agendas.

And before you say there isn’t military action in this particular Cold War. Take a look in the South China Sea. We DID send some military personnel, ships, and China is also sending air drills as we speak. It’s just that the Media is not reporting these military excursions, because Democrats are overwhelmingly in support for China, and their Socialist ideology, which they are employing on us.

What does this have to do with Activision?

Well, as I said, Democrats at the moment is overwhelmingly Socialist. When I say that, I mean – 80% of the Democrats in congress are working with China, alongside China, hell… our own military general CALLED China to warn them that we’re not attacking! Like… “What are you doing!?”

Sigh – Most of the time, they are paid off by either China, or George Soros.

The current house of representatives is 100% Democrat controlled. That means, everyone from speaker of the house, to congressmen/women, to senate, to the presidency. Keep that in mind, when I bring the next subject up…

In China, if YOU want to do business in China in any capacity, you’re going to need to create a “company” there, and there has to be a junior member of the China Communist Party (CCP) in that company. There is no other way around that rule. This means, the CCP members decide what happens in THAT particular company. If you do not adhere to those rules, they can destroy or attack the brand in question. Inside China. Yes.

In California, these rules are applied. The whole state of California is 100% Super Majority Democrat. The thing is, I just laid out for you that China is working with the Democrats. Okay? With me so far?

That being said… Each company needs to have a “inclusive” community, it’s basically a law. You need to have a woman in the executive position at your company. Activision reiterated this, and communicated it back to California in a press release. Each company in California needs to have an “inclusive” executive. (Yes, like the CCP.) So, these cultural issues is because of this particular executive. Remove him or her, Kotick. Tell him, or HER, get the fuck out.

Next up, shut down Activision Shanghai. You ain’t getting shit from that company. It’s a PR nightmare for you. Shut. it. down.

Next: Sever your ties with Riot Games. China owns them. More specifically Tencent. Sever those ties. Oh, and if they do own Activision stock…? Buy those shares back, and tell them to fuck off.

In Conclusion:  The lawsuit is just another day for Activision. It’s basically China destroying corporations. It’s complicated, but that’s what’s happening. Everything that you love, watch, consume, or even work on are all going “woke.”

“Get woke, go broke” is a meme of companies, people, or whatever… pretending to care about “inclusivity” and whatever propaganda they espouse.

I’ve been writing about politics somewhere else separately from this website. This is NOT a political article, but the point of this article is to bring you a clear picture of what’s going on in Corporate America today. You are being played for a fool. You are being confused. And that’s the point of this ideological battle. They want you to be confused, distracted by garbage news. That’s why, when I look at this story, I’m not angry.

Everything you love, everything you consume is dumbed down to suit China’s agenda. Most films, most video games, most media you consume, has to be censored in order to appeal to communist China’s agenda. Take Tom Cruise’s latest Top Gun film: It removed an iconic jacket from Tom Cruise’s character “Pete Mitchell.” It’s a small thing, but that jacket is a call to China’s wartime.

Note: This article was written on November 22, 2021 – the political climate may be different in 5-10 years.