Now I know I promised a review and I will be getting to that but there is something I feel needs to be discussed, and that’s the hatred that the series gets and how us “CoDtards” in reality are more observant and intelligent then the idiots who seem to despise the series.

Now there is a series I have enjoyed watching for a while called “Zero Punctuation” in which Yahtzee finds every way to tear a game apart unless it really amazes him while using very random amusing and often offensive/disgusting analogies. I’ve been insulted many times by that show but that never stopped me before. Until now. He’s done it, and he did it with Black Ops II’s review, which I urge you all to view right now:

While some of his points were legitimate, like how alot of the cool gadgets weren’t actually useful gameplay-wise and only used for scripted sequences as a cool way to see your character get from Point A to Point B, but what made me angry was his comments against the story. Those of you who played and actually payed attention will be able to tell he payed barely any attention at all and jumped to all the wrong conclusions right away, sticking to his disillusioned view of things. In other words he is determined to hate it and if you look in the Youtube comments you’ll see tons of people mindlessly agreeing with him showing no signs of actually playing the campaign at all.

Now one more video for you all, and it’s his review of Call of Duty 4.

Notice how in CoD4’s review there was no comment whatsoever about the military shooter style gameplay, a genre he now calls “Spunk-Gargle-Wee-Wee” being boring. In fact he mentions that the game has alot of variety that lets it never get boring and calls it and excellent game. He also mentions how well-written it is and how likable the characters are. Well, I personally found Woods, Harper, Hudson, and Farid to be very likable, and I shouldn’t need to tell you Black Ops II’s story isn’t well-written or that it removes the linearity as much as it can while still being the same genre. It’s a bit lacking on the stealth missions but boo-effin’-hoo, that shouldn’t wreck the game.

Now let’s get back to his Black Ops II review. It was mostly a rant about how terrible the US is. Yes, we would like our drones to not be hacked by this guy and used to kill thousands of innocent lives Yahtzee, what is wrong with that? And what about Menendez being a good guy? Have you missed the details about him running an effin’ drug cartel? He was actually a well-written villain as we had reason to brand him as something to stop unlike previous villains like Dragovich and Makarov where it’s James Bond style “I’m evil and do bad things” and leave it at that.

Here’s a smaller complaint: He mentions “So was the sinking ship being called the Obama one of those election jokes?” He didn’t realize at all the game had choices that effect the game and it’s shown here, and it really shows how little attention he was paying to the game as it made it obvious in the screens it showed you when you complete levels. The ship only sinks when you performed poorly or made poor choices in certain parts. I had the ship sink as well but that’s only because I shot the “cocksucker” Briggs in the head when I got the chance because he annoyed me. 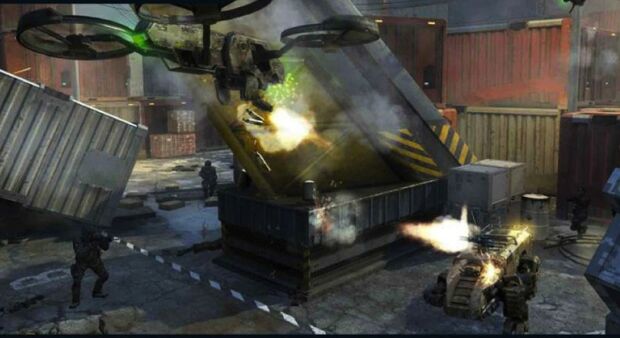 Let us also not forget the drones that continued to add variety to the gameplay as well as the new equipment and perks for campaign.

Also on the topic of him not realizing about the choices, this game actually has some of his favorite things that Spec Ops: The Line did and he once again didn’t notice. This thing is the game letting yourself get lost in the action but then shock you, which Black Ops II successfully did to me on two occasions. In Spec Ops I believe it had something to do with having fun taking tons of enemies out with Napalm but as soon as you get the most perfect shot in the world the game “yanks the choke-chain” and has that perfect shot turn out to be civilians, if I remember correctly a woman and a child, that you’ve burned to death. For me Black Ops II never quite matched that but it came close. No, I didn’t realize it was Mason with the bag on his head, you know why? Because I was lost in the action. I wasn’t in contemplating the story mode I was in trigger-happy mode, and I found the realization I shot Mason in the head and killed him quite effective. This was also repeated when I killed Menendez. My attitude was that of a player of the previous Call of Duty games, he’s the villain, he needs to be killed in an epic manner. Thing is the game turned that around for me and made it so because I was stupid enough to act like the usual “CoDtard” I let the U.S. Government get overthrown in the worst ending of the game.

He also is sure to say we are terrible people by complaining that the main character that turned out to be a traitor was one of the only two non-white guys with the other being the one obsessed with cocks. Did he forget about Farid? Sure he wasn’t black but he is one of the kind of people Yahtzee complains about us picking on in games. Skipped over that part did you Yahtzee? Or did you really not notice? I’m willing to bet the latter. 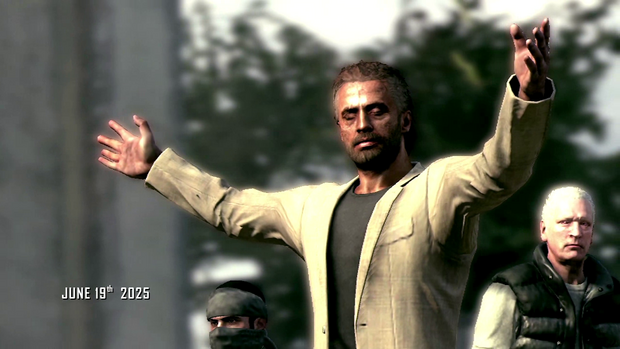 Raul Menendez was a well-written villain. Giving us a reason to hate him, a reason for him to hate us, and making him very menacing.

Oh, I’m so sorry to Yahtzee and all the other Call of Duty haters out there. Did the mean mean Activision force out tons of kind of but not really unnecessary sequels and all the competitor publishers forced out tons of realistic modern war shooters in response you didn’t even have to play but did anyway to make sure you over-played the genre? You brought it upon yourself you stupid twats, now shut up and leave us alone. I won’t deny alot of our player base is exactly what Yahtzee describes but they make themselves look alot worse with their constant complaining and insulting. It may be hypocritical for me insulting the insulters for insulting us but here I think it’s deserved. Why can’t we be allowed to play what we enjoy? Do you really have to sit around and constantly complain about us? I don’t mind you complaining about us, I complain about things like the Michael Bay Transformers movies, the Twilight films, Justin Bieber, etc. but I certainly don’t over-do like the CoD haters do. You can also tell at this point the haters aren’t even giving the series a chance anymore, I even saw comments on Yahtzee’s review of Black Ops II where the commenter was complaining about how “It’s not free-to-play it has to have a worthwhile single-player too!” The length of this game was considerably high for an action game of it’s kind, the level design was well-done, the characters were likable, the villain was hatable, the story was well-written, structured, and paced, and it’s the least linear Call of Duty to date. You’re right, Call of Duty 4 was better you nostalgic jumping to conclusion bandwagon idiots.

Now for those of us who did enjoy the game let’s treat this rant just like the credits and once again reward ourselves with the satisfying and quite amusing epilogue.

No offense on that last part to most of you, I’m aiming that insult towards the people that say the series died after Call of Duty 4 and that Call of Duty 4 was the best thing ever made ever.