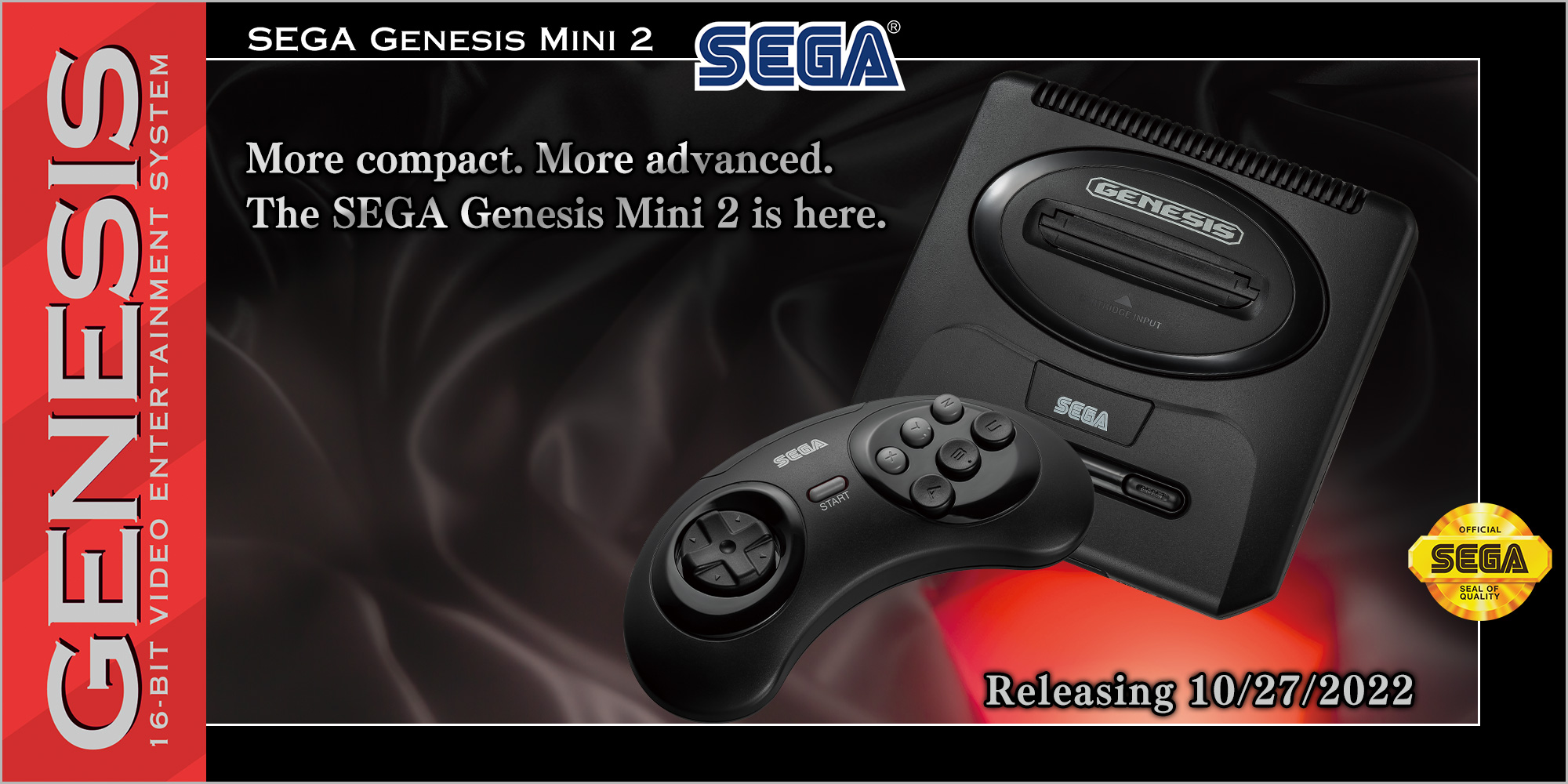 It has been a while since SEGA released the first Sega Genesis Mini console to retailers worldwide. Sega slowly announced Sega Genesis Mini 2 via their Japanese version known as “Mega Drive Mini 2.” At first, it was not apparent that Mega Drive Mini 2 would come west, to United States. However, recently, SEGA officially announced that Genesis Mini 2 is in fact, coming west. Sega announced that 50 games will come prepackaged with the Genesis Mini 2, and will launch on October 27, 2022 with no price given. It IS, however, exclusive to Amazon, so you won’t be able to get it anywhere else than Amazon.

Recently, Sega announced the full list of Genesis Mini 2 games. Along with the announcement, Sega also bumped the list of games from 50 to 60 to compensate for the loss of Lunar: The Silver Star, and Lunar: Eternal Blue from the North American version of Genesis Mini 2.

The other list of games announced are the following…