100 Thieves announces they are working on a Video Game ﻿| ﻿DestroyRepeat

Home / 100 Thieves announces they are working on a Video Game 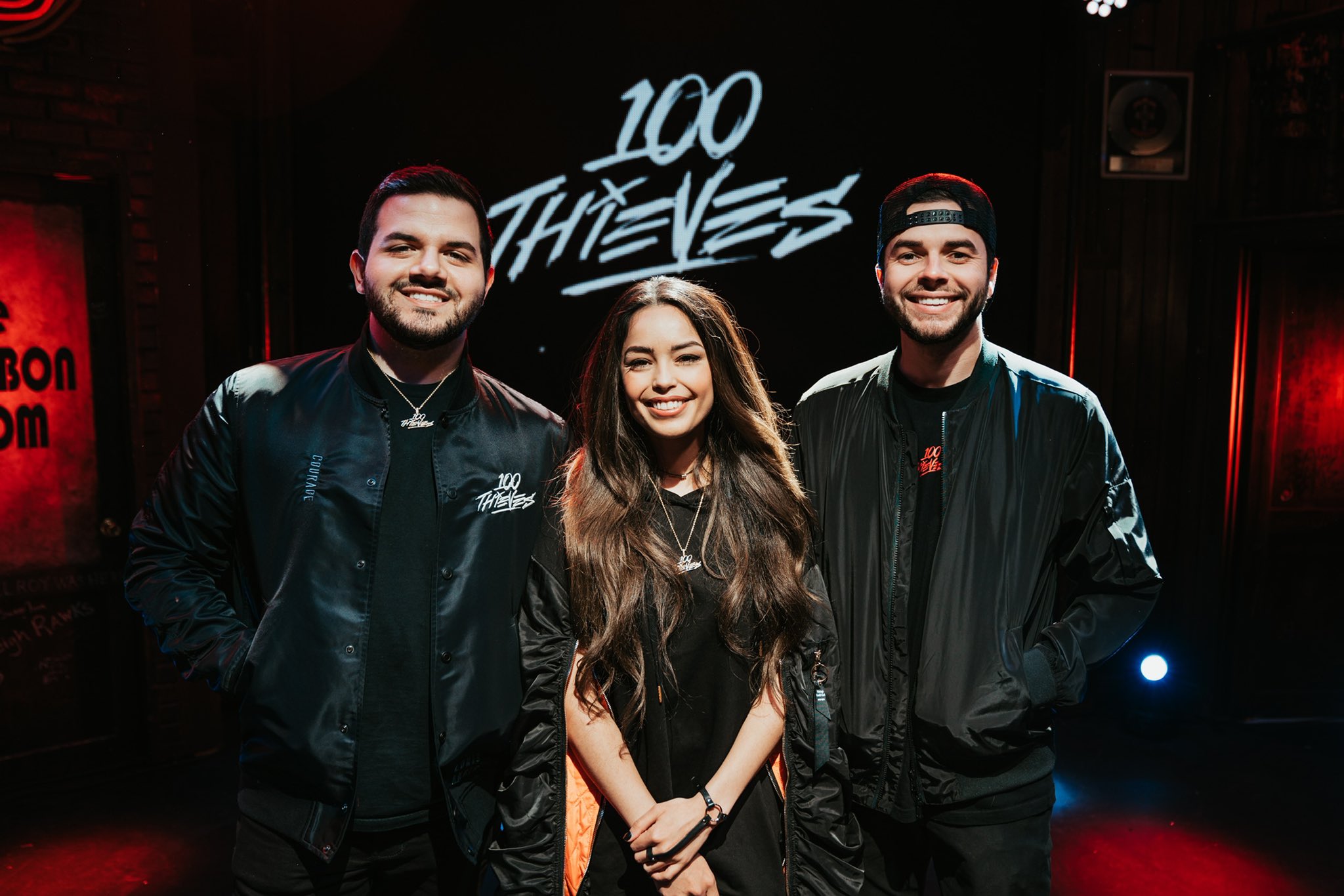 100 Thieves announces they are working on a Video Game

100 Thieves has an online store, along with a compound in Los Angeles that doubles as a streaming “house,” and a retail store.

And now, Nadeshot sat with John Robinson – who previously worked on Video Games at Electronic Arts – has now announced that 100 Thieves is working on a video game with input from the community. It’s early to say what game it will be, and nothing is known about the game besides a codename: Project X.

Pardon the all caps nature of the post, but Matthew Haag, better known as “Nadeshot” wrote a quick note on their official “Project X” page to explain his reasoning for a new video game…

Here is the full text…

I’LL NEVER FORGET THE FEELING I HAD PLAYING HALO 2. RACING HOME FROM SCHOOL OR WORK TO JUMP INTO A NIGHT OF RANKED. GRINDING FOR HOURS TO LEVEL UP, JUST TO SEE MY NEW ICON NEXT TO MY NAME AND KNOW I WAS ONE OF THE BEST. I CAN STILL VIVIDLY REMEMBER THOSE GAMES – CALL OF DUTY, POKEMON, STARCRAFT – I’D NEVER HAD SO MUCH FUN COMPETING WITH MYSELF AND PLAYING WITH MY FRIENDS. I’VE BEEN THINKING A LOT ABOUT THOSE GAMES RECENTLY.

PLAYING THOSE GAMES ARE THE MOMENTS I’LL NEVER FORGET – THE HOURS I SPENT LAUGHING WITH MY FRIENDS MEANT JUST AS MUCH AS THE TROPHIES. LOOKING BACK, IT WAS THE MAGIC OF THOSE GAMES THAT MADE ME FALL IN LOVE WITH VIDEO GAMES AND MADE ME REALIZE I WANTED TO MAKE THIS MY CAREER.

TODAY, I HAVE AN EXCITING ANNOUNCEMENT TO SHARE. IT’S OUR BIGGEST ANNOUNCEMENT SINCE WE FOUNDED 100 THIEVES BACK IN 2017. 100 THIEVES HAS CHAMPIONSHIP ESPORTS TEAMS, AMAZING CONTENT, AND WE’RE MAKING OUR BEST APPAREL EVER. I’M REALLY PROUD OF WHERE WE ARE AND EXCITED TO KEEP PUSHING OURSELVES TO BE BETTER. BUT LOOKING BACK ON MY CAREER, EVERY FEW YEARS I’VE MADE A BIG MOVE – FROM COMPETITIVE PLAYER TO CONTENT CREATOR TO ENTREPRENEUR. I LOVE BUILDING & CREATING NEW THINGS AND I THINK I’VE FOUND MY NEXT CHALLENGE.

100 THIEVES IS MAKING A VIDEO GAME.