Sooooo. Big leak today and this has come from Sony themselves who have seriously messed up! On a recent update to the North American Playstation Store, under trending items Sony put the name of the next Call of Duty, titled Call of Duty: Infinite Warfare which appears to be the 2016 title developed by Infinity Ward.

This has now been taken down but can be seen below: 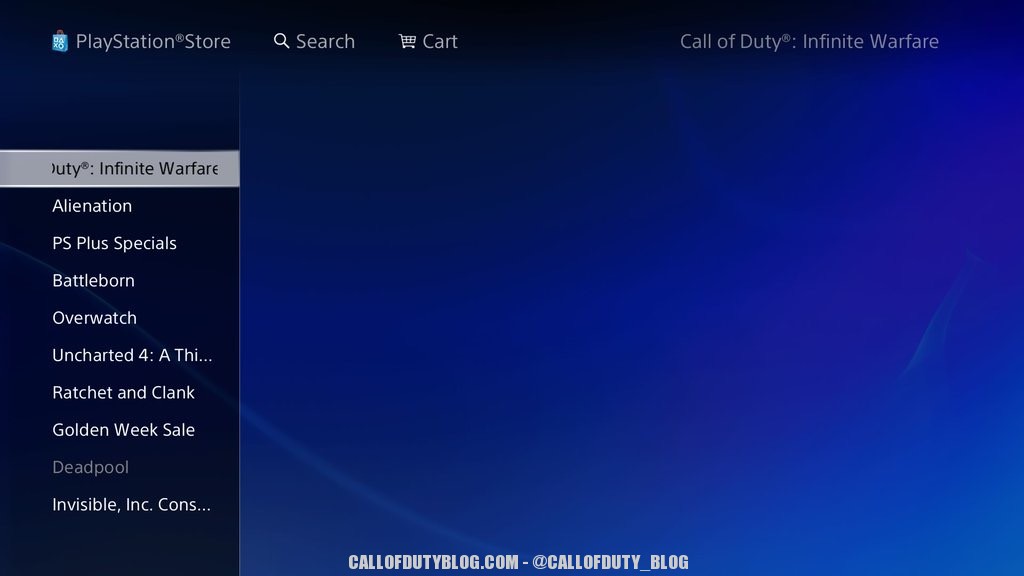 In addition to the Sony leak, the official reveal has been leaked for next Tuesday by some internal marketing docs for a games company: