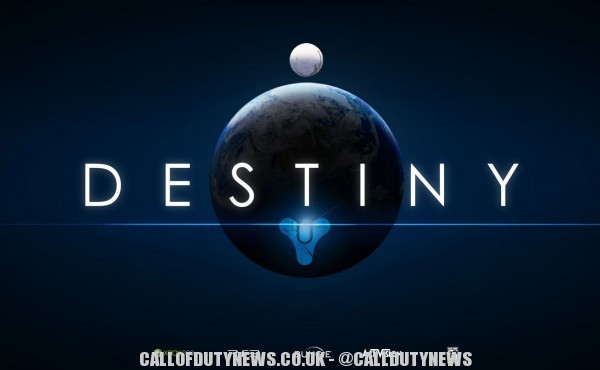 We’ve talked a lot about Halo the past week or so, but really, the battle over time spent playing multiplayer shooters is really going to heat up as the next console generation begins in the fall. There are so many shooters being designed with focus specifically on multiplayer that gamers might be on overload between Halo, Call of Duty: Ghosts, Battlefield 4, Titanfall, Destiny and more.

Two of those are now firmly under the stable of Activision, annual cash machine Call of Duty, and Bungie’s MMO-ish FPS, Destiny. Both are likely going to be very big titles and available across all systems, but Activision Publishing CEO Eric Hirshberg is not worried about them cannibalizing one another, telling IGN they can “peacefully coexist.”

“At the end of the day, it’s a first-person shooter by Bungie. Everyone who loved Halo is going to love Destiny.”

“They’re very different games made by very different creative visionaries…I think that what Call of Duty has done, it’s done better than anybody…What Bungie has done, they have done better than anyone as well. The first-person shooter genre has shown tremendous staying power, as well as tremendous capacity in terms of the appetite people have for it.”

He believes the two won’t interfere with the other within the brand, and I agree with him. Why? Well, any time I write anything critical of Halo, its devotees call me a Call of Duty fanboy. And when I turn the lens toward COD’s flaws, I’m branded a Halo-lover instead. These two camps are very much opposed to each other, at least when you look at their most hardcore fans. And if Destiny is essentially “new Halo” as it’s being advertised, I expect this sort of dynamic to remain in place. Those who avidly play one, generally speaking, seem to have some degree of distaste for the other. This isn’t always true of course, but COD vs. Halo has always been a big divide in the video game world, as both may be shooters but have drastically different styles of gameplay.

In my estimation Hirshberg is right, and since these two camps have been separate anyway, having both under one roof isn’t a bad thing. In fact, it could be the best of both worlds for Activision. The potential for cannibalism would be much more obvious if say, one company was putting out both COD and Battlefield, or Destiny and Halo as a pair, which would be far more redundant. Titanfall, as of now, is a wildcard, and it’s not yet clear if that will pull fans from one camp or the other, as it seems to have a bit both shooter styles contained within.

I think it’s an incredibly good strategy that Activision now has COD and Destiny to their name. COD will be a perennial money printing device for years to come, even if sales finally start to dip, while Destiny very well could be the next big IP available across all the new consoles. That said, it could also somehow fail to deliver, and Activision would be left holding a very expensive bag, as they have a lot sunk into Destiny. That does seem a bit unlikely however. Mostly, I think Activision is in a pretty strong position IP-wise going forward as a result of the Bungie pick-up.