This month PCgamer visited Killing Floor and Red Orchestra 2 creator Tripwire Interactive. President John Gibson and discussed the state of first-person shooters, and Gibson laid out a detailed criticism about the way Call of Duty “takes individual skill out of the equation.” Gibson also expressed frustration over how difficult it had been trying to design a mode for Red Orchestra 2 that appealed to Call of Duty players. The text below is a direct copy/paste from the article:

How do you feel about the state of FPSes?

I think that single-player shooters are getting better. I think they’re finally coming out from under the shadow of the Hollywood movie, overblown “I’m on a rail” linear shooter. I’m talking about Call of Duty-style shooters. In the late ‘90s, you had the original Deus Ex, which was an RPG-shooter. And those kind of games almost took an eight year hiatus. And I’m so excited to see them coming back with interesting gameplay. Like the Fallout games, even though their shooting mechanics could really use some improvement, just mixing a really cool story, but not a linear story, one that you create yourself. The melding of RPG elements and shooter elements has been great. I’ve seen this reflected in a lot of the reviews, it’s like, “Okay guys, we’re tired of this on-rails experience.”

On the flip side, I’m really discouraged by the current state of multiplayer shooters. I think that, and I hate to mention names, because it sounds like ‘I’m just jealous of their success,’ but I’m really, I feel like Call of Duty has almost ruined a generation of FPS players. I know that’s a bold statement, but I won’t just throw stones without backing it up. When I was developing Action Mode [for RO2], I got a group of people that I know that are pretty hardcore Call of Duty players. And my goal was to create something that was accessible enough for them to enjoy the game—not turn it into Call of Duty, but try to make something that I thought was casual enough but with the Red Orchestra gameplay style that they would enjoy. And we iterated on it a lot. And just listening to all the niggling, pedantic things that they would complain about, that made them not want to play the game, I just thought, “I give up. Call of Duty has ruined this whole generation of gamers.” 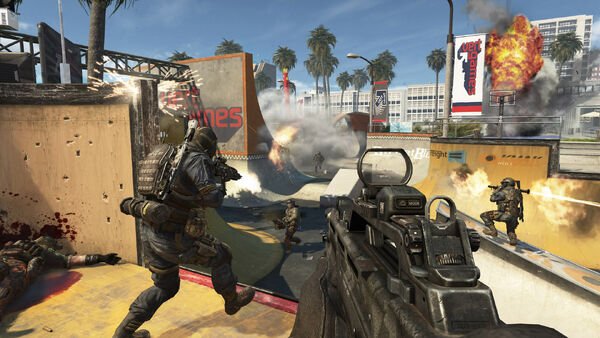 What did they complain about?

It’s the gameplay mechanics that they become used to. The way that players instantly accelerate when they move, they don’t build up speed. “The weapons really don’t have a lot of power” [in RO2]. They’re all very weak. The way they handle… They’re like: “I hate Red Orchestra, I can’t play it.” Well, why? “Because the guy doesn’t move like he does in Call of Duty. Call of Duty has great movement.” Why is it great? “Because it just is, I just like the way it works.” So you don’t like the momentum system in Red Orchestra? “Yeah, it sucks, it’s clunky, it’s terrible.” Well, why? “It’s just because I’m used to this.”

I make it sound like there was a combative conversation, probably because I get a little emotional when I think about it. But it was really a calm discussion of, “What don’t you like?” and “It doesn’t feel like Call of Duty.” Almost every element boiled down to “it doesn’t feel like Call of Duty.” And really, watching some of these guys play… one of the things that Call of Duty does, and it’s smart business, to a degree, is they compress the skill gap. And the way you compress the skill gap as a designer is you add a whole bunch of randomness. A whole bunch of weaponry that doesn’t require any skill to get kills. Random spawns, massive cone fire on your weapons. Lots of devices that can get kills with zero skill at all, and you know, it’s kind of smart to compress your skill gap to a degree. You don’t want the elite players to destroy the new players so bad that new players can never get into the game and enjoy it. I’m looking at you, Dota. [laughs] Sorry.

But the skill gap is so compressed, that it’s like a slot machine. You might as well just sit down at a slot machine and have a thing that pops up an says “I got a kill!” They’ve taken individual skill out of the equation so much. So you see these guys—I see it all the time, they come in to play Red Orchestra, and they’re like “This game’s just too hardcore. I’m awesome at Call of Duty, so there’s something wrong with your game. Because I’m not successful at playing this game, so it must suck. I’m not the problem, it’s your game.” And sometimes as designers, it is our game. Sometimes we screw up, sometimes we design something that’s not accesible enough, they can’t figure it out, we didn’t give them enough information to figure out where to go… but more often than not, it’s because Call of Duty compressed their skill gap so much that these guys never needed to get good at a shooter. They never needed to get good at their twitch skills with a mouse.

Players like Elliot [Cannon, Lead Designer] and I, back in the Quake and Unreal days, you know, we had to get good at aiming. These guys don’t have to anymore. The skill gap is so compressed that like, “The game makes me feel that I’m awesome.” These guys, when I actually watch them play, they’re actually very poor FPS players. And I don’t think it’s because they’re incapable of getting good, I think it’s because they never had to get good. They get enough kills in Call of Duty to feel like they’re awesome, but they never really had to develop their FPS skills beyond that.

And it’s a shame because when you do that, when you create a shooter like that, you’re very limited on the amount of depth that you can give the game. It’s all gotta be very surface level, like I’m sitting there eating cotton candy and I never get any meat and potatoes. And it’s frustrating for me as a designer to see players come in and they’re literally like “In Call of Duty it takes 0.15 seconds to go into ironsights. In RO2 it takes 0.17 seconds to go into ironsights. I hate this.” 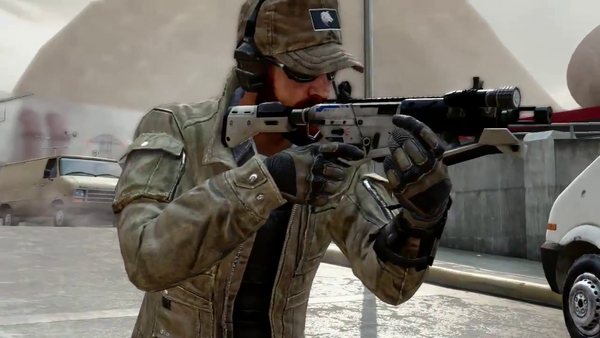 I think that’s part of it. The game is kind of spoonfeeding them, and making them feel great when they’re not. And like I said, that’s smart business, and I don’t blame Infinity Ward for wanting to do that. They’re selling millions of games and they have lots of people enjoying it, but I think there’s a depth of enjoyment there that a lot of these players are missing out on. And when you try to get them to branch out, their knee-jerk reaction is “The training wheels have come off, I’m gonna fall!” And I hate to see that.

It’s this weird dichotomy between, you know, single-player is getting much more depth, and players are just eating it up. They’re loving that. They’re buying these FPS-RPG single-player games like crazy. But multiplayer, “Ooh, don’t take my training wheels off.” I hate that. So we’re trying… we’re giving a little bit of training wheels, but we’re going to take them off occasionally in the shooters that we’re making, and hopefully we’ll get some of those people to branch out. I think for me though, I wouldn’t say I’ve completely given up on all of those players, but I’m not gonna try to make a game that tries to be Call of Duty at the expense of having fun gameplay that actually has depth.

Yeah. That’s one of the things that we do in our games, and it’s fear. When you play… I know there are modes in Left 4 Dead that are more hardcore, but when you play Left 4 Dead, and I’m really friends with Valve, so I hope they don’t get mad at me, but you do get spikes of adrenaline. But eventually that wears off because you figure out, well, as long as we stick together we’re never gonna die. In Killing Floor, when the Fleshpound shows up, you could be screwed. Half your team is probably gonna die. Your heart rate goes up, you’re freaking out, like “I can actually lose this shooter.” And if there’s no fear, there’s no tension, the victory is shallow. We want there to be some fear.

What do you consider your tools for expressing fear?

Vulnerability is a big part of it, lethality. The ability to lose. There has to be… it’s kind of like, you know, if you’re gambling. If you go to the penny slots, you’re like, “Okay, yeah, whatever, I lost a penny.” But you go to the Roulette table, you throw down a thousand bucks, and you spin the wheel—you’re nervous at that point.

So, having the players have to take risks. Risk versus reward. They risk more, but the reward is greater. There’s more depth, there’s a bit more of a learning curve, but when you get that kill at long range with that bolt-action rifle, while the artillery’s flying around your head, and mortar shells are falling and guys are Banzai-charging you in the face, and your guy’s shaking, but you still kill him anyway. That’s an experience. You had some risk there, but you got a bigger reward. The kill wasn’t just handed to you. It wasn’t like “I called in the helicopter and it flew into the level and mowed down half the enemy team while I wasn’t even doing anything.”