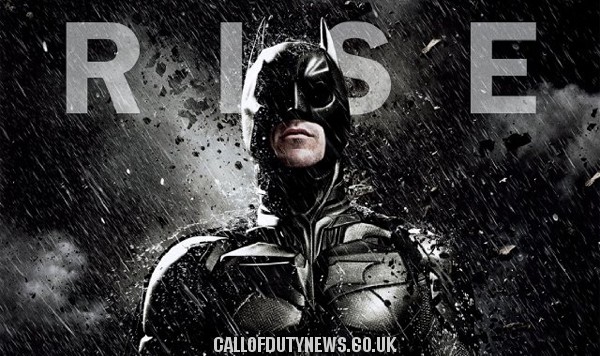 And yet, many on the internet have pointed out that Bane eagerly wears the hat of a populist, 99% avenger as he goes about his supervillainish activities. He constantly monologizes on the wealthy who have taken everything from the people of Gotham, and encourages people to rob them, destroy their homes, and try them before a kangaroo court run by a more-eccentric-than-usual scarecrow. As I said before, it’s not Occupy explicitly. The real conflict in TDKR is much more fantastic than all of that. But it’s not hard to see the connections between the Occupy movement and the villains of Nolan’s third Batmovie. Reign of Terror influences aside, here in 2012 you don’t get to just ignore the effect of Occupy in the real world.

There’s a similar strain in Call of Duty: Black Ops 2, Treyarch’s near-future drone hacking horror show. Here, the target is some combination of Wikileaks and Anonymous, or counter-culture internet heroes in general. The connection is a little more explicit than in TDKR — the Guy Fawkes mask has shown up in some of the game’s promotional materials.

In CoD, the villain is set up to be a Julian Assange-style celebrity, as established by his legions of YouTube followers and occasional magazine covers. Once again, the villain only wears internet populism as a mask – as it turns out, he was a “narco-terrorist” hell bent some sort of goal that involves laying waste to America with a drone army.  Call of Duty: Black Ops 2 isn’t out yet, of course. I’ve always thought that the Call of Duty franchise was much more nuanced than people gave it credit for. But I’d be surprised if the hero’s solution to some of these problems didn’t involve shooting a whole lot of dudes.

These are two of the biggest entertainment properties of the year, and they both carry a troubling undercurrent. Both take some of the broadest populist movements on the planet and suggest that their members are duped sheep being manipulated by a criminal mastermind whose goals are chaos and destruction. And both, assumedly, suggest that these situations can only be rectified by extreme force.

TDKR does not, and Black Ops 2 probably will not, have any kind of actual specific political agenda. These are supervillain stories and can free themselves from any such associations by calling out the defense that they are just entertainment, and fairly ridiculous entertainment at that. For TDKR, it’s a good defense – it’s a fun, entertaining movie, and people should go see it for that reason. That doesn’t mean that what we consume doesn’t, to some degree, color the way we look at the world.

Action movies and video games are righteous and interventionist by nature – the hero usually knows something not everyone else does, and he has to act on that knowledge decisively and violently. But by referencing Anonymous and Occupy, these two go beyond general jingoism to something more specific. They suggest that populism isn’t to be trusted, and will ultimately destroy America.

What we consume doesn’t just shape the way we look at the world, it’s shaped by it as well. The anxieties of a general populous watching the angry and the restless gathering in Zucotti Park, or on internet forums, are on full display here. Heroes and villains make sense of these general rumblings, casting them in roles we feel comfortable with. Maybe we’ll see some stories with the roles reversed as well.

via What The Dark Knight Rises and Call of Duty: Black Ops 2 Have in Common – Forbes.