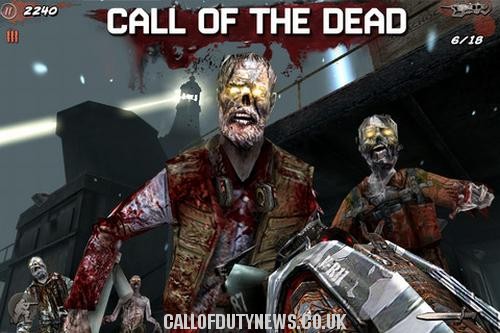 Mobile gaming has changed dramatically in the last few years with the advancement in smartphone technology, which has seen some big title games making the move from home consoles to the various mobile platforms, and now it seems that Call of Duty: Black Ops Zombies is going to be released on Android.

The Call of Duty franchise is arguably the biggest platform in the gaming world, and as Recombu are reporting this has seen a number of spin offs on multiple platforms. Users of the iOS platform have already been able to enjoy Black Ops Zombies since the end of last year, but now it seems users of Android will soon be able to take on the undead.

It looks as if the game is about to arrive on the Android platform after the games instruction manual was spotted, which also revealed details about the game modes, secret extras, and multiplayer features.

Just like the version on the iOS platform the game will allow for both single player and multiplayer modes, and players will also have the option of going online to play their friends on Android devices anywhere. It doesn’t seem though that there will be any cross platform options so you won’t be able to play your iOS friends.

Along with the classic Call of Duty Zombie experience with unlockable areas, secret weapons, and power-ups, there could also be a Dead Ops Arcade feature. This will have fifty levels of top down 3D third person gaming fun, but at the moment there is no official information on the game launching, or support for attachable gamepads. Hopefully though the game should be available in the coming weeks.

Will you get Call of Duty: Black Ops Zombies on your Android device?